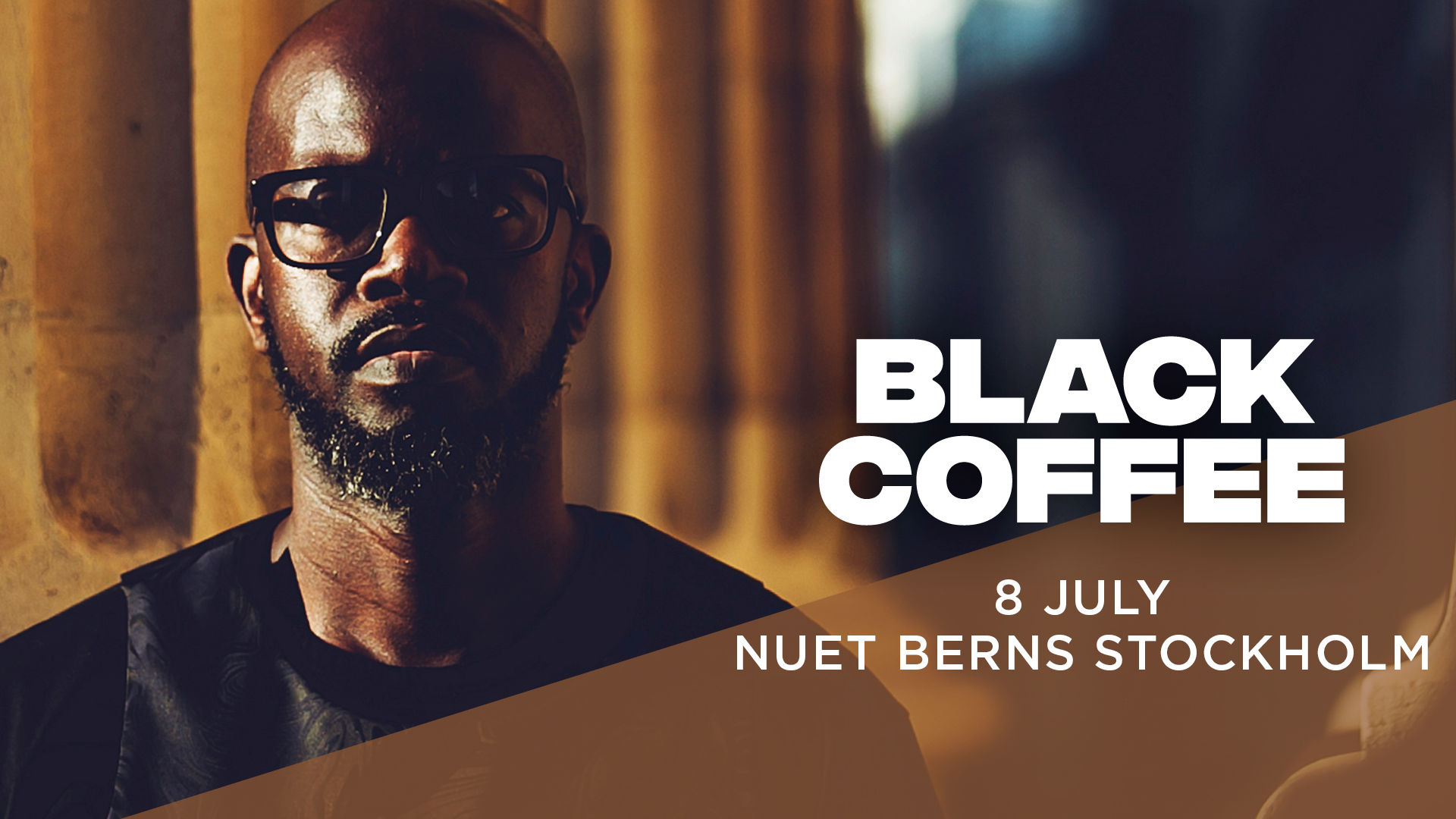 Black Coffee is coming to Stockholm for a very exclusive show at Berns. The GRAMMY-nominated superstar will do his biggest show in Sweden to date at beautiful Berns. Tickets will be on sale Monday May 9th 09:00.

Black Coffee is definitely one of the biggest artists in the world and he continues to dominate dance music world wide. He has played at the biggest festivals and clubs stages in the world. He has sold out tours and collaborated with world artists such as. Diplo, Drake, Pharrell Williams etc and is doing his residence club at Hï Ibiza Theatre. Last year he released his seventh studio album, SUBCONSCIOUSLY, for which he later won a Grammy in the Dance/Electronic album category.

Now, for the first time ever, Stockholm will finally get to experience when Black Coffee delivers his Afropolitan house in a big venue. Berns has been the place for a number of unforgettable parties in the past and we at NUET are extremely happy to be able to present this one to you. We give you Black Coffee!